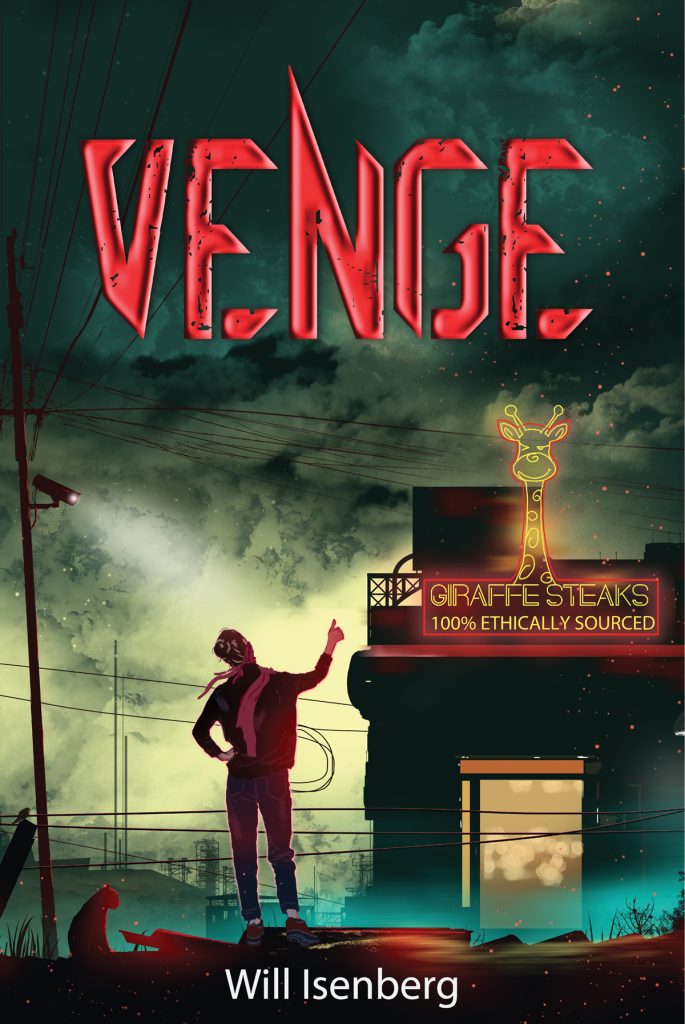 Forget the police! If you want protection, buy Death Insurance from Lemma Quartz.

Lemma sells black market insurance, which guarantees that you will be avenged if you are hurt or killed. She excels at sales, and she resents her employer for not promoting her to be an assassin.

And Lemma has the perfect cover: she works as a caretaker to her young handicapped neighbor, Milligram. Lemma helps Milligram walk around the neighborhood on crutches, gives him snacks when he’s grumpy, and tucks him in at night. She’s fine with selling Death Insurance to his teachers on the side, as long as Milligram never finds out.

Then, Lemma discovers a string of bizarre deaths: people drowning in bathtubs, or freezing to death in meat lockers. She’s thrilled to be assigned to the case, but it becomes impossible to solve without constantly lying to Milligram about her line of business. Racked with guilt, but obsessed with proving herself as a detective and assassin, Lemma dives headfirst into the case, praying that she can keep Milligram safe from the people she works with.

“Venge” is YA dystopian murder mystery thriller, and the debut novel of Will Isenberg.

Venge is available for Kindle and Kindle app as well as paperback on Amazon.

Venge is also available for paperback order at any retail bookstore worldwide under ISBN 978-1-970087-16-1.