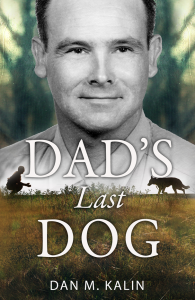 Dreaming of wealth and constantly pitting his mind against the world’s problems: finding a source of renewable energy, conquering the stock market, converting wayward heathens by pelting them with King James Bibles…all the usual stuff. Though his efforts in almost every instance failed, he never stopped reaching beyond his grasp.

Told from the perspective of his oldest child, the narrative consists of stories that are so preposterous that they cannot possibly be real, but were in fact.

Upon death, the one thing that didn’t fit easily into his estate was his last dog, Belle. Belle was an enormous black Labrador retriever with stories of her own to tell.